Skip to content
Home » Brexit – what does it mean??

BREXIT – What does it mean?

Brexit is short for “British exit” – and is the word people use to talk about the United Kingdom’s decision to leave the European Union (EU).

What is the EU?

The EU is a political and economic union of 28 countries which trade with each other and allow citizens to move easily between the countries to live and work (click here if you want to see the full list).The UK joined the EU, then known as the EEC (European Economic Community), in 1973.

Why is the UK leaving?

A public vote – called a referendum – was held on Thursday 23 June 2016 when voters were asked just one question – whether the UK should leave or remain in the European Union.

It was due to take place on 29 March 2019 – but the departure date has been delayed (we will explain in more detail below). 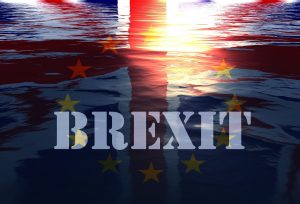 What has happened so far?

The 2016 vote was just the start. Since then, negotiations have been taking place between the UK and the other EU countries.

The discussions have been mainly over the “divorce” deal, which sets out exactly how the UK leaves – not what will happen afterwards.

This deal is known as the Withdrawal Agreement.

How much money the UK will have to pay the EU in order to break the partnership – that’s about £39bn
What will happen to UK citizens living elsewhere in the EU, and equally, what will happen to EU citizens living in the UK
How to avoid the return of a physical border between Northern Ireland and the Republic of Ireland when it becomes the frontier between the UK and the EU A length of time, called the transition period, has been agreed to allow the UK and EU to agree a trade deal and to give businesses the time to adjust.

That means that if the withdrawal agreement gets the green light, there will be no huge changes between the date of Brexit and 31 December 2020.
Another, much shorter, document has also been drawn up that gives an overview of what the UK and EU’s future relationship will be in the longer term.

This is the political declaration. However, neither side has to stick exactly to what it says – it is a set of ambitions for future talks.

So what happens next?

What this means for you in Lanzarote